Before we start, let’s take a quiz. One question only, multiple choice. Go on – you know you want to.

QUESTION: Look at the picture below:

If you said “e. All of the above,” you would be correct. The Lord of Misrule is also f. The title of the Paul Halter mystery that introduced his Victorian sleuth Owen Burns who, in both form and fancy, is sort of a straight Oscar Wilde. This is the novel I took with me to New York. It completes my reading of every available English translation of Halter’s work brought to us by John Pugmire and Locked Room International. (The only one I didn’t finish and review was The Crimson Fog because the ending was so apparent to me by the end of page one as a blatant rip-off of a Robert Bloch story that I jumped to the end, affirmed the correctness of my guess and put that sucker down forever.)

Halter has written only six novels featuring Burns and his handsome Watson Achilles Stock. In true me-fashion, I have read them backwards: first The Phantom Passage (2005), which I really enjoyed, mostly because I thought the writing cleverer than that usually found in the more numerous Dr. Twist mysteries, and because I genuinely liked the characters of – and repartee between – Burns and Stock, two aesthetes who are more than fond of good food, pretty women, and an intriguing impossible crime. Purveyors of locked room murders are, in Burns’ mind, true artists who are to be admired even as they are pursue

Next, I read The Seven Wonders of Crime (1997), which I – well, I liked it less. In my defense, even my good friends who enjoy Halter without reservation thought that this one was a bit of overkill. These are the guys who might be surprised that of all the books at my fingertips, I took Halter to New York with me. We shared a plane ride, we noodled together in Bryant Park over a coffee, we snuggled into bed in my too-chic hotel room, where I read the first Owen Burns novel until I nodded off.

It’s always interesting to examine the “origin” story an author creates to introduce a series sleuth to his audience. I think it’s safe to say that even the most famous and much read detectives evolved into something greater. Ellery Queen was a prat when he first graced the pages of literature; only with time did he soften. Poirot, Fell, Campion, Wimsey . . . all of them became richer, more human characters – changed by their casework perhaps but no doubt by the growing experience and confidence of their creators.

With that in mind, I think it’s safe to say that had I read The Lord of Misrule first, I would not have been nearly as fond of Owen Burns and Achilles Stock as I am. In this first incarnation, Burns comes off as an artificial mass of eccentricities, while Stock is an unsuccessful hound dog, mooning over every female suspect he comes across. In addition, Burns ceaselessly repeats his mantra of “the murderer as artist”, to the point where I believe that had I been a Scotland Yard inspector, I would have barred the door from this guy. By the second Burns/Stock novel, I’m happy to say, Halter would relax and let the men’s actions and words speak for themselves, rather than a random list of tics and gestures.

Misrule is a genuine Yuletide country house mystery, set in the home and environs of Charles Mansfield, whose ancestors built up their fortune as milliners but who have lately seen their good luck sharply reversed. As a result, Mansfield has arranged a marriage between his beautiful eldest daughter Sybil and his business associate, Mr. Piggott, a much older toad of a man who is the key to Mansfield regaining some measure of wealth.

The problem is that Christmas is approaching, and this seems to be the time of year when the aforementioned evil spirit, believed to be the ghost of a man who died on Mansfield’s property, tends to kill the male member of his family, usually under the most mysterious of circumstances. You know the drill: an attacker who floats in the air, the absence of prints in the snow, scary faces at the window. With a potentially supernatural danger lurking over every man present at this holiday party, now including Sybil’s fiancé, Piggott’s homely sister Catherine hires Burns to protect her brother from harm.

But our hero is currently involved in a dalliance with an American actress, so he asks his new friend Achilles to take his place by pretending to be Catherine’s fiancé. Stock reluctantly agrees to be Burns’ eyes and ears and studies the house party for hints of where the source of danger may lie. Besides those already mentioned, the party includes Sybil’s perky younger sister Daphne, the married couple who faithfully serve the family, Piggott’s surly secretary, who might harbor feelings for Catherine, and the mysterious Dr. Morgenstone, whose reason for being there is a mystery for all too short a time.

For over half the book, people skulk about the house and grounds and talk about all the things that happened in the past. The most significant of these is the two-year old murder of Mansfield’s stepson, Edwin, an impossible crime that could only have been committed by a ghost orby Sybil herself, according to a former servant who witnessed the whole thing. Mansfield reasons that if the mystery of Edwin’s death can be solved . . . well . . . something will happen.

Just as good for what ails you as pomeranians!

The biggest mystery about this section is that Halter includes two floor plans to help you understand how it all played out on that fateful day. However, my iPad would NOT allow me to access these floorplans! @%@!^&!*(%$ technology! In preparing this post, I located one of the maps online and include it for you here, just in case you read this novel on a device and have the same problem that I had.

Eventually, another murder occurs in the present day, also of the impossible variety. And then we get another vicious act of mayhem. In fact, Halter crams much incident in the back quarter of this tale in order to rev us up for the moment when Burns sits everyone down in the drawing room. There, he delivers a solution that is so blatantly full of falsehoods, you have to wonder if Halter did this only because his idol Carr does it all the time. Dude, if you’re going to emulate the best, please do it right.

It’s hard to complain about a locked room mystery without giving some part of the game away. So here is my big, spoiler-free, complaint about The Lord of Misrule: Stock, who narrates the story, opens with the tale of how he and Burns “meet cute.” Their introduction, their burgeoning friendship, andthe start of the case is dependent upon coincidence, and Stock tells us – in hindsight, I would call it a dire warning – that we should be prepared for coincidence to play a large role in their first case together. Now, if there’s one thing I know, having read this stuff for decades, an author should notbe overly dependent upon coincidence. One, maybe two, is fine. Sometimes the impossible nature of a crime is a result of a carefully laid out plan colliding with a fortuitous circumstance. But to pile one coincidence on top of another like this seems to me to be the height of laziness in plotting. 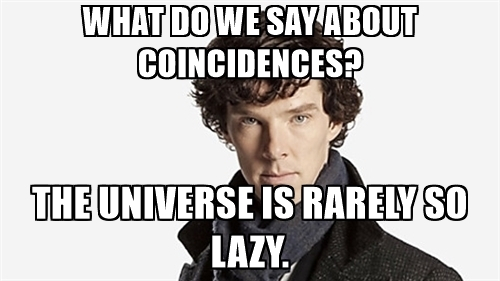 I often complain that I can spot the killer in a Halter mystery early on, and this has indeed been true 85% of the time. When it doesn’thappen, as in The Madman’s Room, is when I actually enjoy reading this guy. So – did I spot the killer correctly here? Well, yes . . . and no. The final solution is too convoluted for me or anyone to get it all right. I guessed a major point about Edwin’s murder, and I had a certain person’s guilt in my sights from the start. Could I have explained, point by point, what happened? No way, but in the immortal words of Meredith Willson, “Neither can anyone else in this town!”

That’s okay! I like to be fooled. What I don’t like is to be presented with a long series of weird mysteries and have so many of them wrapped up in such an unsatisfactory fashion. I don’t like to be bombarded with history and have it all turn out to be superfluous to the plot. (In short, the very opposite of what happened when I read The Red Widow Murders.) And that’s all I can say about that, without risk of spoilers.

So is it bizarre to you that I’m looking forward to the upcoming release of a newly translated Halter novel? Rumor has it that we’re getting another Dr. Twist tale, The Man Who Loved Clouds. I confess I’m a little disappointed. I enjoy the badinage between Burns and Stock. Halter seems to have a looser, more fun time writing about the Victorian era than the vague early 20thcentury that Twist and Inspector Hurst inhabit. My favorite short stories in The Night of the Wolf were the two Owen Burns tales, “The Cleaver” and “The Flower Girl.” And listen to the titles of the three remaining Burns adventures: The Twelve Crimes of Hercules, The Chamber of Horus, and The Mask of the Vampire. Such fun stuff – who wants silly old clouds?!

Please, Mr. Pugmire! Give us another Owen Burns tale soon. I’ll be nicer. I promise. 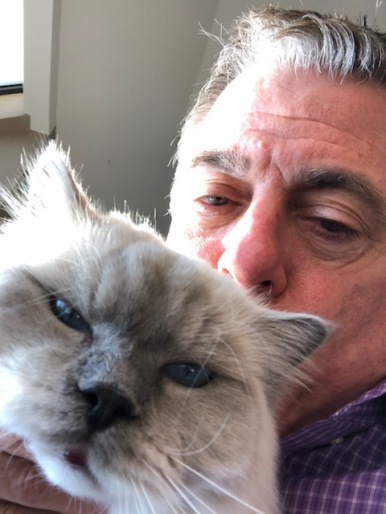