“Seconds ticked by, and Slade’s glance did not leave the door. He was not thinking of the young man before him; he knew he would not tell the truth. He was wondering whether his hare-brained scheme – as it now seemed – would work, whether he would hoist the murderer with his own petard, and finish the case before he left Ravenscroft. He felt a thrill of elation at the thought. To have solved the case in twelve hours! That sort of thing happened only in fiction, not in real life. Murder cases were dreary rounds of routine that dragged into weeks and sometimes months, with little encouragement and few high-spots of excitement, plenty of kicks from the Press and censure from those higher up. Romance, too, was something that didn’t poke its head in real-life police dramas . . . “

Since my return from London, I’ve been on a mission: Curtis Evans, GAD historian and friend of this blog – hell, he pretty much inspired my own blogmanship – has spent the past number of years unearthing previously-successful-yet-presently-forgotten mystery authors . . . well, maybe not unearthing them but making a brilliant case for their re-publication and study. So, in conjunction with the British Library, has Martin Edwards. Some of these authors (Harriet Rutland, Roger Scarlett) only contributed a few titles, which may explain why they disappeared, but many of them (John Rhode, J.J. Connington, Henry Wade) were more prolific.

Because of the light shone on these writers of old, bloggers like JJ Jones are devoting scads of time worshipping at the methodical altar of Freeman Wills Crofts, while the Puzzle Doctor repeatedly travels down the dusty Rhode and has completely altered his wardrobe to reflect his responsibility in rediscovering Brian Flynn. JJ bared all to bring back the work of Theodore Roscoe, while Kate Jackson tied her pygmy goat down, sport, to call our attention to classic Australian author June Wright. 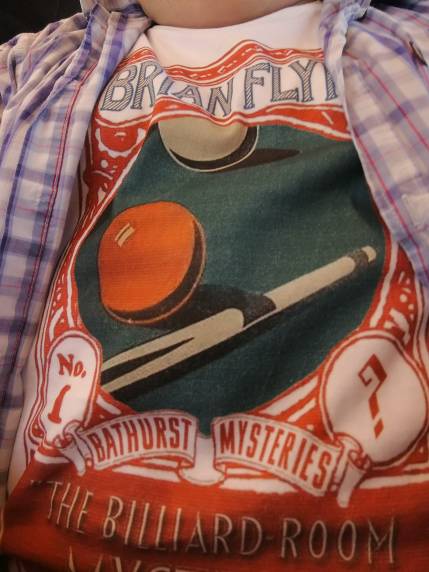 If they can do it, why can’t I? All I needed to find was an author, and repeated sojourns to Quinto’s Bookshop on Charing Cross Road offered up two possibilities. Unfortunately, I ran into innumerable problems with the first author, but I had high hopes for the second, particularly as I made this discovery in the excellent company of Martin Edwards, Kate Jackson, and Moira Redmond: 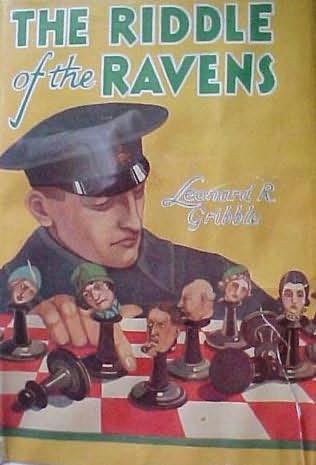 The book sported a smart cover (the reason, I gather, for its cost of twenty-five pounds). The conversation, as I recall, went something like this:

The cover of this novel is lovely, but the price made me hesitate. Finally, after much severe prodding from the others –

– I paid for my purchase and took away a little bit of London GAD history.

Doing research on the author unearthed the fact that, in a career that spanned from 1929, when he was 21, to his death in 1985, he was exceedingly prolific. Leonard Gribble, alias Leo Grex, alias Louis Grey, a.k.a., Sterry Browning, or Bruce Sanders, or Dexter Muir, or Piers Marlowe, or . . . well, there were quite a few pseudonyms under which he wrote, according to Wikipedia,one hundred and one novels. Furthermore, the site Fantastic Fiction lists sixty-seven non-fiction titles. Not all his books are mysteries (he wrote some westerns under the name Landon Grant and dabbled in other genres). As far as whodunnits go, by far the largest number of them feature Superintendent Anthony Slade of Scotland Yard’s Department X2. Perhaps the most famous of these – and fame is relative, mind you – is The Arsenal Stadium Mystery, which is now available from the British Library, because that book was made into a movie. I recently watched that film on YouTube and found it problematic for reasons that are best explained by John Grant of the invaluable Noirish blog.

The Riddle of the Ravens (1934) was the eighth novel featuring Slade, and the inside cover description of my copy was . . . well, frankly, it was hilarious:

This is one of the most rapid stories the author has written. The action takes place in a single night, and before Inspector Slade arrives at the solution there are three dead men at Ravenscroft. During that night of horror and suspense in an old lonely house, with the telephone wires cut, Slade’s own life was saved by a miracle – twice. It was one of his most baffling cases. Anyone of nineteen people might be the murderer, and of that number fifteen appeared to have some motive!

The italics are my own. Re rapid: I love a mystery that moves quickly, but the question that arises after finishing any novel by a prolific author is whether the description refers to the novel’s pace or to the writing process. Re nineteen: this is what got me chuckling. That seems like an awful lot of suspects!!! The author provides a helpful family tree (although two of the three generations represented there are dead), and this is just one part of the suspect list. People like to complain about Christie’s Hercule Poirot’s Christmas, which was written four years later and has a mere ten suspects. I’m here to tell you that if anyone ever complains about HPC to me again, I will sit them down, tie them up, and read The Riddle of the Ravens aloud to them until they scream for mercy.

Let’s put it this way: you can carp about there being too many members of the Lee family in Christie’s book, or that they all basically represent “types.” Sure, that may be true, but I want to make two points about a Christie family vs. a Gribble clan:

The basic plot of Ravens goes like this: the seven children of the late Tom Raven are invited to the family estate (named, aptly but without imagination, Ravenscroft) by the sole child of Tom’s late younger brother Fred. Fred had all the money and the house, but he loved his late older brother and decided to bequeath Tom’s children fifty thousand pounds, to be divided evenly between them. 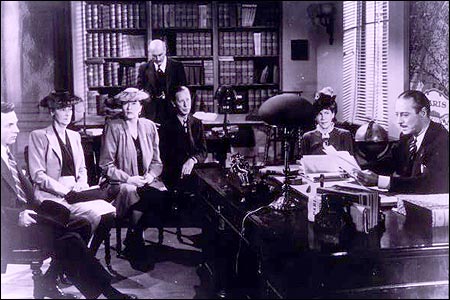 And then, before you can say “tontine,” the family lawyer explains an addendum to the will, the kind of addition that stupid old tycoons added throughout the history of classic crime fiction: if Fred’s sole son Herman dies before marrying and producing an heir, his entire fortune will be divided amongst the seven children of Tom Raven!!!!!!

Talk about handing your own child a death sentence! And yes, Gribble moves “rapidly” here because before you can say “What’d you do that for, Fred?”, Herman Raven has been murdered, stabbed to death in the locked first floor bathroom (the men have to smash down the door), and, most interestingly, the maid, Maggie Trumbull, is found inside with him, “coiled in an unconscious heap by the washhand basin.”

Enter Anthony Slade and his team, called in immediately by the local constabulary because . . . well, because that’s what you do in these cases. Slade rapidly investigates the scene of the crime and interview the nineteen suspects – although I think he actually missed quite a few of them. Interspersed with the interviews are a theft, a second murder, two attempts on the life of Slade himself, a chase of two suspects through the woods, the discovery of an unknown dying stranger, more coshings, more disappearances, more chases, and someplot twists that come out of nowhere. 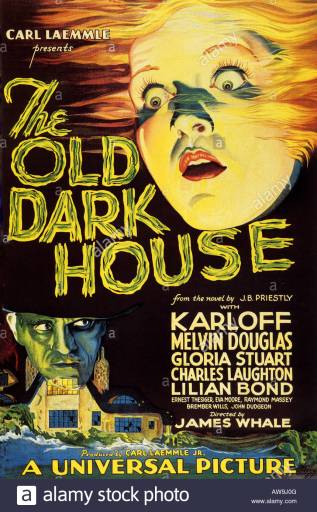 It would be unfair to rate an author based on one novel, but at least here, Gribble is firmly ensconced in thriller territory. This book very much reminds me of all those “dark old house” movie thrillers of the 1930’s where each action is done to excite the audience because, in terms of the mystery, nobody does anythingthat makes any sense. One of the characters actually wanders around the house with a black mask over their head, doing all sorts of outrageous (and outrageously illogical) things. At one point, Slade questions a girl who insists that a person came up behind her, stuck a gun in her back and proceeded to tie her up, drag her somewhere, retie her, untie her, drag her somewhere else, and so on. Slade scoffs that the girl would have no idea who this assailant was . . . except that not one hourearlier, the exact same thing had happened to Inspector Slade himself!!

At another point, a suspect cries out to Slade, “How have you learned all this? You can’t know – you can’t!” And the truth of the matter is that Slade indeed can’t know any of what he uncovers. There are no clues. There are no deductions. There’s a lot of guessing, of leaping to odd conclusions, and of very lucky confessions by people who only needed to maintain a decorous silence, and we’d all be in the dark even now, detective and readers.

“(Her) teeth flashed in a sardonic smile, that distorted the pouting beauty of her lips. Then, with cinematographic swiftness, the smile had changed to a snarling expression. In a few seconds a peculiar metamorphosis had taken place in her. The expression now on her face was almost wizened; the white full curve of her shoulders drooped slackly; and in those few seconds her glamour faded.”

This sounds like the unmasking of a killer, but it’s merely a young woman reacting to her father sitting in on an interview. The actual unmasking occurs after Slade purposely risks an innocent man’s life and then gathers the suspects together. With nineteen of them, it takes several pages just to describe the gathering, and the fact of the crowded room is hilarious.

“Then Slade moved. He forces his way through the throng, thrusting people away from him. A lane opened up before him, and he went down it. All at once he stopped. The expression on his face was something none who saw it ever forgot. His right arm swung back in a whirling arc, and his fist smashed forward, breaking into a white face.”

That’s correct: without an ounce of real proof, without a bit of conversation, Slade slugs a suspect and then applies the handcuffs. What a man! What a mystery. It’s followed up by a summing up at Scotland Yard where we learn that Slade has built his entire case upon supposition and the application of stereotypical tropes of how men and women behave in books like this. If anybody with criminal intent in that household had merely bided their time, they would have gotten away scot free.

Only in fiction, folks!

And so, I fear I will have to leave the re-introduction of heretofore forgotten authors to the Evans’ and the Edwards,’ the Doctors and the Joneses. I will sit back in my little California bungalow, reaping the rewards of their discoveries, and showing to any guest who happens by the lovely cover to a most ordinary book. 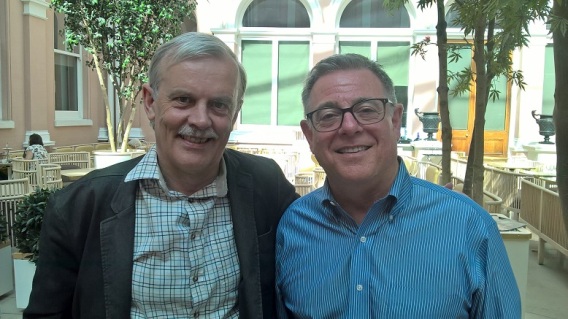 17 thoughts on “THE TROUBLE WITH GRIBBLES” 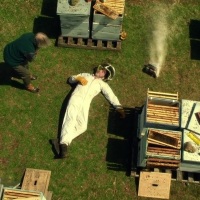 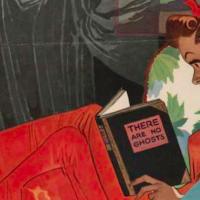 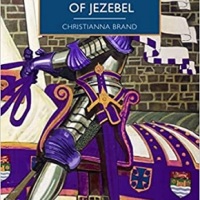 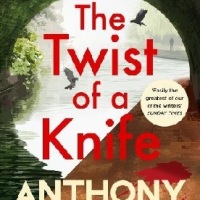 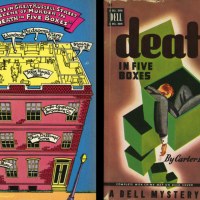 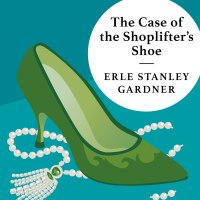 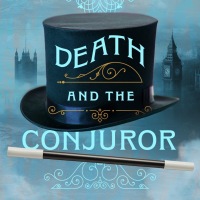