“He glanced at her face. She looked very odd. ‘You look very odd,’ he said.”

There’s a certain kind of humor in Christianna Brand’s writing. It’s a bit fey, as if her mysteries have all been touched by the magical hand of Nurse Matilda (aka Nanny McPhee). Characters have funny nicknames, like Tedward and Pony. Heck, they have odd first names, like Louli, Perpetua and Etho. The prose rings not so much true as clever (see above), but let’s face it: the Golden Age of Detection was never a bastion of true-to-life situations, so I’ll take clever any day. Clever and sometimes funny, like when a group of suspects is huddled together, trying to figure out how to pass off a murder as an accident, while an obnoxious child pulls on her mother’s sleeve and whines, “Mummy, what’s cyanide?”

It’s rare that a group of mystery fans as well-read as my Book Club gets to select a previously unread title from the upper echelon of crime novelists. And Brand is just that – one of my top three favorites. The problem is, although she was fairly prolific and used multiple pseudonyms, there are only ten of her novels that count as mysteries, and I’ve read nine of them. But now, thanks to the eminent GAD scholar/literary adventurer Tony Medawar, other works by Brand, previously unseen or lost to time, have been uncovered. Crippen and Landru is set to publish another collection of her short fiction following 2002’s The Spotted Cat and Other Mysteries from Inspector Cockrill’s Casebook.

Even more exciting for me is the placement in the fourth Bodies from the Library collection of Shadowed Sunlight,  a short novel by Brand that hasn’t seen the light of day since its original serial publication in 1945. It took months for this American to receive his copy of Bodies, but its arrival coincided nicely with the fact that it was my turn to select the title for this month’s Book Club, and who’s going to pass up the chance to read a “new” work by Brand together. Not my Book Club!

A short novel is evidently  longer than a novella, which is longer than a novelette. Aside from word length as a measuring tool, the longer a work of fiction the more complex an author can make her story . And while Shadowed Sunlight is missing the richness of setting or the emotional gut punch  one finds in Green for Danger, Tour de Force, or The Rose in Darkness,  Brand gives us an enjoyable puzzle plot and almost Dickensian set of characters, along with a style that have only come from the pen of this beloved author.

We find ourselves in Daunton at wartime’s end, and the citizens are celebrating “Britain is Grateful Week” for returning heroes by holding charitable parties and a regatta to benefit the local savings campaign. A wealthy old Cheeryble named Edgar Thoms (known as “Thom-Thom” to those closest to him – of course he is!) is excitedly preparing to launch anew his racing cutter Cariad and bring a small group of close friends along to show those kids up at the naval school who has the stuff! Thoms has spent the war between his place in London and his Daunton mansion the Guardhouse, assisting the nation as Director of Anthracite Production and miraculously avoiding all food and luxury shortages.

As often happens at the top of a Christianna Brand novel, we are introduced to an assortment of folks who are so charming and funny that it seems impossible any one of them could be involved in villainous work. Thom-Thom and his secretary Evan Stone are entertaining the Winsons: beautiful, vain Gloria, her second husband Geoffrey, and Gloria’s two daughters Jenny and Tiggy. (Yes, folks, “Tiggy!”) The Winsons are dolefully waited on by old Miss Pye, who acts as a sort of nursemaid to Tiggy and punching bag for Gloria, while Thom-Thom has the services of a kindly old servant named Sparrow who provides service as both a butler and a suspect.

Then there’s young Julian Messenger, newly returned from service, who is desperately in love with Truda Dean (yes, “Truda!!”). A couple of pesky obstacles stand in the way of their union. First, they’re distant cousins, but never too distant to upset Truda’s grandmother who holds the girl’s considerable pursestrings. Also, before shipping out, Julian had declared his intentions to Jenny Sandells, but she has kindly set aside that promise due to her sense that Truda and Julian belong together. Plus, it doesn’t hurt that Jenny herself is being romanced by Roy Silver, the “Silver Voice of BBC Radio,” who has come down to Daunton to sing at Lady Templeton’s big party and flirt with young Jenny.

It doesn’t take long for Brand to expose the nastiness festering within this charming group, and it all centers on Gloria and Geoffrey, who are schemers of the first order, like the Lammles of Our Mutual Friend. They have managed to overstay their welcome at the Guardhouse by having  Gloria manipulate the heartstrings of both master and secretary. Meanwhile, Geoffrey goes about doing all the sorts of things a person should not do – if only he were aware that he was a character in a murder mystery. This being a short novel, it doesn’t take long for our cast to find themselves, individually and together, in desperate straits. And it all leads up to a murder that is expertly presented to shock and disturb us.

The details of this murder make for a neat little puzzle: the victim was poisoned, but it seems that at least one other member of the party shared or partook of everything that the victim ate. In addition, the murder investigation is handed over to a young pup from Scotland Yard named Davenport because the local police have their hands full with another crime that has interwoven itself into the murder investigation. There is even a past death that may or may not have been a murder and may or may not be connected to the present crime.

Christianna Brand has always been able to avoid “dragging the Marsh” by balancing the investigation with a close examination of the evil effects of mutual suspicion on a close group of friends and/or family. We find no exception here, and while Davenport is charming company, possibly in over his head with the case and possibly falling in love with one of the suspects, the real fun is watching our closed circle begin to break apart.

It is all resolved in fine fashion; there’s even a nice emotional kick at the end And so, while Shadowed Sunlight may in the end be a comparatively modest achievement compared to Brand at her very best, it is such a delightful and welcome addition to her all-too-small canon of work that I give it the highest recommendation just for . . . for being again. Thank you, Tony Medawar, for this and for your promise to unveil more works by Brand in the future. (Will we ever see The Chinese Puzzle come to light???)

As I said, the release of a long unavailable title by such a major author as Christianna Brand is cause for celebration. And that is what I intend to do, beginning next year with a project I call”REBRANDING.” It will consist of a close chronological reexamination of the ten mystery novels Brand wrote. Actually one of them, A Ring of Roses, will be a first read for me! Alas, I don’t intend to make a deep dive into Brand’s short fiction, which was quite plentiful. For one thing, most of the earlier collections are hard to find and pretty expensive. I do have The Spotted Cat, and since most of it includes the cantankerous Cockie (yes, folks, “Cockie!” That’s short for Inspector Cockrill,) I plan to revisit those stories. Then there’s whatever new work is coming our way. I shall certainly snap that up and see what’s cooking.

The list of titles is below. Of course, you mustn’t expect me to cover all of them immediately. I like a slow dive into greatness; that’s why my Carter Dickson Celebration is fast approaching its 70th year, and I’m only on book nine! Well, maybe most of that statement is slightly exaggerated. But there’s no need to rush . . . there will be plenty of other books to savor. Hopefully, some of the most, er, savorable (savorlicious?) will be found once a month in Book Club! 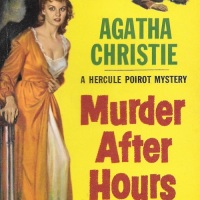 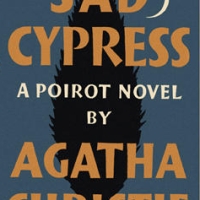